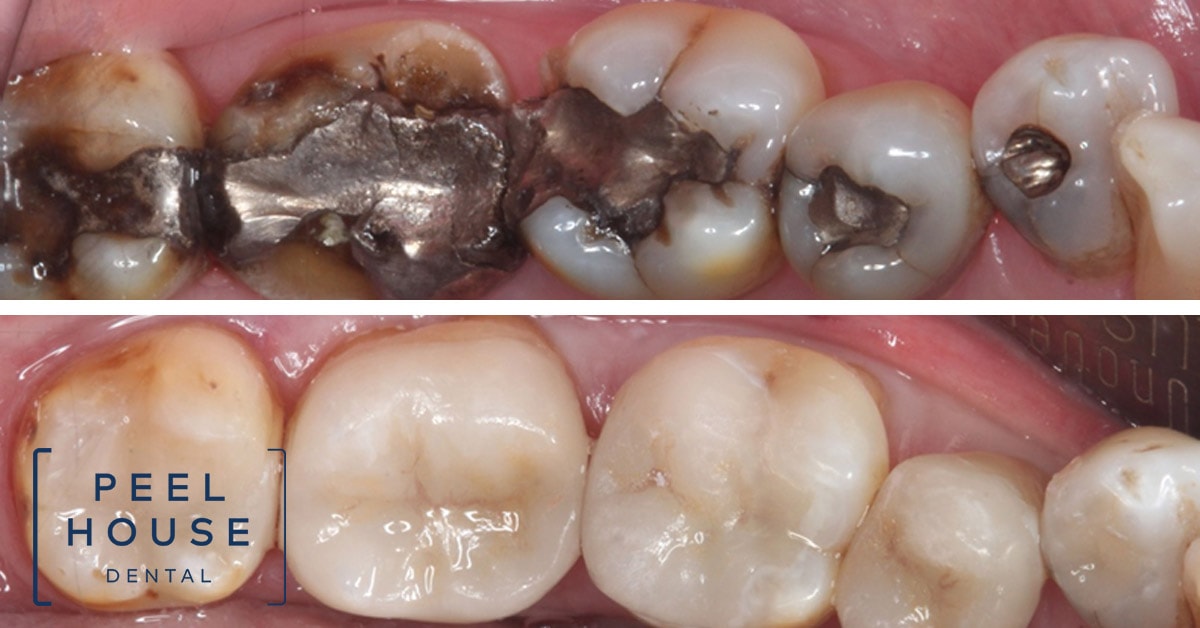 14 Aug The Downside to Amalgam Fillings

Dental amalgam, or ‘silver filling’, as it’s perhaps better known, has been around for over 150 years.  Now, before I lay into amalgam (which I will) I should confess that there may be a slight conflict of interest on two counts:

So, now I’ve confessed you might want to read on…

Amalgam is a mixture of metals that chemically react together to produce a compound.  The main metal involved in this intimate exchange of electrons is mercury.  Mercury accounts for 50% of the metal in amalgam; and pure mercury is highly poisonous.

According to the FDA (the American Food and Drug Administration), amalgam “releases low levels of mercury in the form of a vapor that can be inhaled and absorbed by the lungs. High levels of mercury vapor exposure are associated with adverse effects in the brain and the kidneys”.  Nice.  But don’t worry, they also state “Based on this evidence, FDA considers dental amalgam fillings safe for adults and children ages 6 and above”.  Great! That’s helpful!!

So which is it?  Is it safe? Or is it NOT safe?  Well, the debate has gone on for decades and up to now there is no conclusive evidence that dental amalgam is in any way harmful to health.  However, the use of dental amalgam has recently been banned in the UK in children under 15.  In Sweden, the use of mercury was banned in 2009 – that’s TEN years ago.

Anyway, so there’s no proof that amalgam is harmful to your health, but is it harmful to your teeth?  In a word, yes.  In my opinion.  Which I did say might be slightly biased.

Putting aside my now obvious dislike of the stuff, let’s just look at some FACTS about amalgam as a restorative dental material:

So it’s been a while since my last blog, but this case (photographed) highlights the dramatic improvements in both the protection of the damaged teeth and the aesthetic improvements replacing amalgam fillings can achieve.  And all this was done in a single day with our advanced digital CADCAM technology.

Until my next rant 🙂